Known for being one of the first cities to make the use of body cameras by policemen mandatory, Rialto has a crime rate which is below the country’s average. According to the 2010 census, the city had a population of 99,171. Rialto City is situated in the San Bernardino County, California. 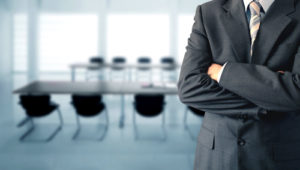 In Rialto, there’s always something happening considering the number of business ventures in the city. With several major distribution centers in the city and other side attractions in Rialto, there are travails which residents face that are unknown to those around them. Cases of unlawful termination, slip and fall, estate planning issues and many more never reach the ears of the public. Those at the receiving end of the injustice are left to fight their battles alone. While the need to hire an attorney might not cross the mind of a lot of people in these situations, it could prove helpful in the quick resolution. Rawa Law Group is one of the few law firms that understand the challenges clients are facing on a regular basis, and we are devoted to ensuring they come out triumphant in the end.

It’s not only morally wrong for people to be discriminated against due to their disabilities; there are laws which kick against such actions. The Americans with Disabilities Act (ADA) is a United States Law which prohibits the discrimination of an individual due to a disability. While this law is binding on the component states of the country including California, many people still act contrary to the dictates of this law. In Rialto, a lot of people living with disabilities have to deal with discriminations based on their physical appearance or utterances. Lawsuits against those involved will not only create an opportunity for a financial settlement, but they will also serve as a deterrent to others as well. At Rawa Law Group, we are open to taking up discrimination cases and ensuring justice is served.

While it’s easy to slip and fall, there are cases where this could be due to the negligence or misconduct of the property owner. While walking on a property, something as minute as the texture of the floor could cause you to slip and fall. If you can prove that the management of the premises is culpable, you can get your settlement claim funded. This could be difficult to establish in situations where the owner of the property is bent on avoiding a lawsuit. If you are proactive during the incident, you could ensure enough evidence is gathered to bolster your claim. A good lawyer will be able to decide how to use the information collected in building your case. There are experienced ‘slip and fall’ attorneys on the payroll of Rawa Law Group, and they are ready to ensure justice is served.

Overtime work helps a lot of families. The employees use the money received as payment for the additional hours they put in at work for the numerous bills they have to pay on a regular basis. If they are prevented from working extra hours due to an overtime exemption, it could affect their financial situation resulting in a whole lot of issues. While there are grounds for an overtime exemption, employees should be notified of these grounds on time to enable them to find alternatives quickly. If an employee believes the overtime exemption he is facing is illegal, he could sue his employers. If he wins, the victory could open more doors of opportunities for him. Aside from an exemption, unpaid overtime is another issue which is detrimental to the welfare of an employee. He could take his employers to court over this issue if other channels fail. You can’t be working extra hours without any financial reward for your effort. If you have to sue your employers, you might want to hire an attorney to plead your case. At Rawa Law Group, we have proficient attorneys with an in-depth knowledge of how cases of this kind of work.

While the crime rate of the Rialto is below the general average in the country, the road network in the city of Rialto isn’t exactly free from under the influence accidents. Pedestrians moving within the city risk getting hit by a reckless driving while going about their various activities. While the worse could happen (death), cases of permanently bedridden pedestrians are a common sight in hospitals in the city. When you are strong enough, you can make sure those responsible are brought to book. A pedestrian lawyer can help you in situations like this. Getting a reckless driver to face the consequences of his action isn’t going to be easy, but with a well-trained pedestrian lawyer, you can make them pay dearly. Rawa Law Group has its fair share of seasoned pedestrian lawyers willing to help you get the victory you deserve.

An unlawful termination can be a bitter pill to swallow. It is one thing to get fired for a good reason, but it’s another for no just reason. Employers might have the right to hire and fire at their discretion, but there are labor and employment laws regarding how they wield the big stick. A disgruntled employee can fight unlawful termination in the court. While the onus is on both parties to buttress their claims with facts, the employee faces a much tougher fight against the machinery of his employers. This legal battle will require an excellent attorney if the employee is to come out victorious. Rawa Law Group has attorneys who are more than capable of delivering justice to the employee who’s considered the underdog in this legal tussle.

A harassment and discrimination in the workplace shouldn’t be happening but it still does. In situations like this, it’s important you bring this to the notice of the offender and make him understand you are not comfortable with his behavior and actions. If he persists, a lawsuit wouldn’t be out of order. By ensuring the offender is well-informed about your stand regarding his action, you are tying loose ends in your case against the individual. Having an attorney to put the pieces of your case together is crucial. At Rawa Law Group, we have smart attorneys that are ready to challenge the status quo in your favor.

For an obligation-free consultation, get in touch with us through our phone line 844-444-1400, and we will be glad to assist you.