WHAT IS ALTERNATIVE WORKWEEK SCHEDULE

Generally under California law, employers are required to pay non-exempt employees overtime for all time worked in excess of eight hours per day and 40 hours per week. However, under California Labor Code, section 511 employers are allowed to adopt alternative work schedules under which employees may work more than eight hours in a day without payment of daily overtime, provided the employer follows a special election procedure.

Employers may propose alternative workweek schedules to identifiable “work units” as defined in the wage orders to include all employees in a readily identifiable work unit, such as a division, a department, a job classification, a shift, a separate physical location, or a recognized subdivision of any such work unit. A “work unit” may consist of one employee as long as the requirements for an identifiable work unit are met.

MAXIMUM NUMBER OF DAILY HOURS THAT MAY BE REGULARLY SCHEDULE AS PART OF AN ALTERNATIVE WORKWEEK: 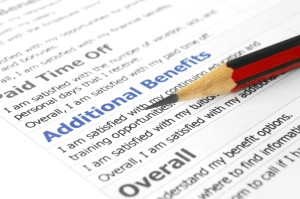 CAN THE ADOPTED ALTERNATIVE WORKWEEK SCHEDULE BE REPEALED?

RETALIATION AGAINST THE EMPLOYEE:

Employers may reduce energy costs by having their businesses closed for additional days per week or may enjoy other benefits unique to their operations. Give employees extra days off and cut down their commuting costs while allowing more flexibility in their work schedule than is available under a traditional eight-hour/five-day workweek.