Los Angeles is the second-largest city in the country and California’s most populous city with a population of more than 13 million in the metropolitan area and more than 18.5 million in the Combined Statistical Area (CSA). 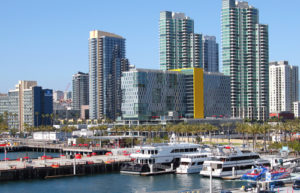 Los Angeles is perhaps most famous for Hollywood and its industry of video game, movie, music, and television production. Known as the Creative Capital of the World, about 1 in every 6 Angelinos works in a creative industry, including artists, writers, musicians, filmmakers, and dancers. Los Angeles has more to offer than films and television, however; it also has more than 840 art galleries and museums, or more museums per capita than any other city on earth.   Los Angeles is a very diverse community with more than 40 unique neighborhoods such as the landmark district of Chinatown in downtown Los Angeles; the historic Los Felix district which is home to two Frank Lloyd Wright homes; Griffith Park with the world famous Griffith Park Observatory, Highland Park, one of the city’s oldest settlements; and Pasadena, home to the famous Rose Bowl Stadium and hundreds of Arts & Crafts-style homes. In 1921, more than 80% of the global film industry was located in Los Angeles and the wealth from the industry helped the city while the rest of the United States suffered through the Great Depression. Los Angeles grew quickly after World War II, particularly helped by the Interstate Highway System in the 1950s and 1960s that spurred development of the city’s massive suburbs. In 2015, Los Angeles reported a new record of 45.5 million tourists, breaking the record for the fifth year in a row. Our Attorney Services in Los Angeles: